One thing Apple unveiled in its recent Spring Forward event was enough to make me believe in miracles.

After nearly six frustrating years—six years!—one of the company’s most inexplicable design blunders was finally corrected.

The shock got me digging into the past to examine Apple’s track record when it comes to fixing things that need fixing. Sorry to say, it isn’t pretty.

Here’s a look back at the more notable Apple mistakes—and how long they went uncorrected.

END_OF_DOCUMENT_TOKEN_TO_BE_REPLACED The war without end: Mac vs. PC

Yikes! Intel has launched a new anti-Mac campaign. The nerve of those people—they signed Apple’s “I’m a Mac” guy to attack his former employer. This is war!

Actually, it’s only the latest battle in the Mac vs. PC war that’s raged for 38 years. It’s a war being waged on three fronts—technology, marketing and culture.

And guess what. Through all these years, Apple has almost always been the aggressor. Only rarely has the PC side felt threatened enough to push back.

So, what do we make of Intel’s new campaign? Hold that thought, because it’s best judged in the context of history—and a juicy history it is.

I might overlook some important moments, but I’ll give it my best shot.

END_OF_DOCUMENT_TOKEN_TO_BE_REPLACED January 24th was the 35th anniversary of Macintosh, bless its little soul.

In reading a number of articles, I got to enjoy the original Macintosh intro event all over again. It’s a vivid reminder that Steve Jobs’ showmanship and obsession with detail was in full bloom way back at the beginning.

One of the those details was “the speech.” (About 3:05 into the video.). Steve wanted to have the first Mac to speak for itself—

Unaccustomed as I am to public speaking, I’d like to share with you a maxim I thought of the first time I met an IBM mainframe: NEVER TRUST A COMPUTER YOU CAN’T LIFT! Obviously, I can talk, but right now I’d like to sit back and listen. So, it is with considerable pride that I introduce a man who’s been like a father to me… Steve Jobs.

That made me smile, and it got me wondering: who actually wrote these words. Steve? One of his minions?

END_OF_DOCUMENT_TOKEN_TO_BE_REPLACED He’s nervous. He’s about to do something incredibly bold. Maybe even crazy.

Going through his show, he pauses when he gets to the iPhone branding slide, imagining how the audience’s collective jaw will drop.

Despite the rumors, there is no number 11. There’s no X, R, S, SE, Plus or Max in sight. And that’s just the tip of this boldness iceberg.

Alternate Tim takes a deep breath, then drops the bomb.

“Our new iPhones are so new, so totally amazing, so far beyond any iPhone we’ve made before, we’re not even calling them iPhones anymore,” he says. “Meet the new Apple Phones.”

END_OF_DOCUMENT_TOKEN_TO_BE_REPLACED This is the day I normally offer up some reviews on the Super Bowl commercials.

This year, I suffered a bit of writer’s block. I couldn’t find a fresh way to say things like “This one was funny,” “This one was an embarrassment” and “Damn you, advertisers, for taking away the surprise by releasing ads a week before the game.”

So I’m going to sit this one out. I’ll listen to your opinions instead.

However, I will not sit idly by! In honor of the Super Bowl I’m setting the time machine back to 1985, when Apple ran its notoriously awful Lemmingscommercial on that year’s Super Bowl.

Just twelve months earlier, Apple had stunned the technology and advertising worlds with its famous 1984 commercial, and Lemmings was meant to carry on the blockbuster tradition.

Instead, it was a dud of extraordinary proportions.

But what exactly is the origin of Lemmings? It’s a story that’s never been told publicly, and it’s definitely not what you think. Join me now on this journey down memory lane…

END_OF_DOCUMENT_TOKEN_TO_BE_REPLACED 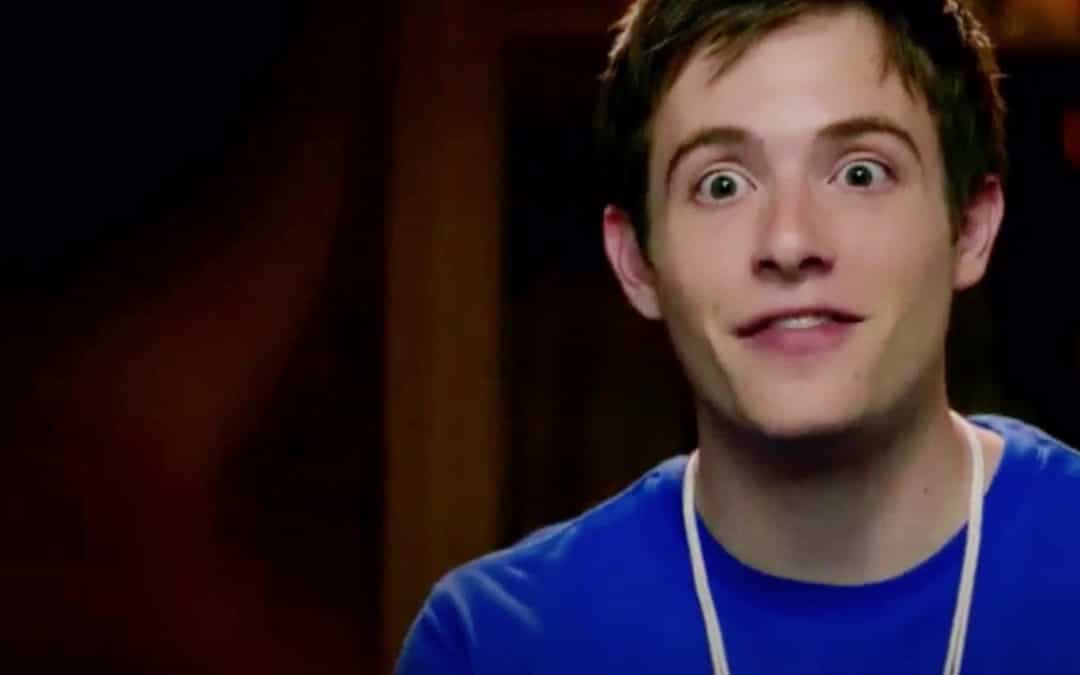 [Update 7/23/12: Apple has pulled all of the Genius ads from its website and YouTube channel. Personal postings have been removed as well. Sorry, looks like all evidence has been destroyed.]

I know it’s hard to say after viewing the new batch of Mac ads that debuted on the Olympics. I’m still in a bit of shock myself.

Sure, Apple has had a low point or two in its advertising past — but its low points are usually higher than most advertisers’ high points.

This is different. These ads are causing a widespread gagging response, and deservedly so. I honestly can’t remember a single Apple campaign that’s been received so poorly.

This thing is so upsetting, it has me talking to myself:

“Ken, you’re missing the obvious. Clearly these ads are targeted at first-timers, not for you.”

That’s a seemingly logical defense. It’s also a horrible one. How many great campaigns have you seen that appeal to one target group, but turn off everyone else? There’s no excuse for a campaign like that. Apple’s momentum is fueled by the enthusiasm of its core customers. The last thing it wants is to win new customers at the cost of looking ridiculous to its enthusiastic supporters.

“But how can one campaign appeal to both crowds?”

How soon we forget. If it pleases the court, I present Exhibit A: the now-legendary Mac vs. PC campaign, which delivered 66 fantastic ads over a period of four years. Like the new campaign, Mac vs. PC was also aimed at switchers, but guess what — it was a massive hit with every level of Mac owner, from novice to pro. Those ads actually galvanized the Mac crowd to heavy up on the preaching. And look at the iPad ads. They’re hugely attractive to people who never got the technology bug. But they’re also alluring to those who have been using computers for years. Hmm. Maybe it can be done? To defend the new Mac ads by saying “Hey, they’re not aimed at you” is just a naive view of advertising.

“The Apple Genius idea is really rich. What’s your problem?”

The concept itself isn’t horrifyingly terrible. (The nicest thing I can say about the campaign.) The problem is, a good concept is only half of the winning formula in advertising. The other half is execution — and that’s where this campaign went south.

“Be honest now. That Genius guy is perfectly cast.”

You’re kidding, right? He does an excellent job of fitting the stereotype of an Apple Store Genius, but that’s not necessarily a good thing. These spots are actually cast as if they’re sitcoms — with exaggerated characters like the father-to-be in Labor Day, or the passenger in Mayday, or the sleezy PC store owner in Basically. The spots try to make their points through comedy alone, with little sense of authenticity in characters or situations.

“I laughed out loud more than once.”

I did think that concept of Mayday was funny. But the smiles were mighty hard to come by after that. If you’re going to go the sitcom route — and that’s a very big “if” — you’ll need some writers who are up to the task. The script for Basically just makes me squirm. It’s like going to open mike night at the local comedy club.

“I did wonder if it was a good idea to make customers seem so clueless.”

Therein lies another problem with this campaign. In the effort to show that the Genius is the most helpful guy in the world, Apple has created customers who, shall we say, are on the dim side. In past ads, Apple has shown “ordinary people doing extraordinary things,” simply because Apple products are so easy to use. Now we have thick people who want to be better, but need a Genius to help. Not exactly flattering.

“But the Genius is a great hook. This campaign could go on forever.”

Please, kill me now. Nothing would depress me more. With the Mac vs. PC campaign, Apple created fictional characters who together told an engaging story. There seemed to be infinite ways to keep the stories fresh. This is different. The idea of creating a “character” from an Apple employee is… well…. damn, I can’t even say this without feeling awful… it feels like something Best Buy would do. Maybe even Dell. Between the writing, casting, directing and production, this campaign has a very “local” feel to it. It doesn’t have the feel of quality that has defined previous Apple advertising.

“These ads are very unexpected. Isn’t that what Apple’s all about?”

It’s great to be unexpected. But if you’re not true to the brand, being unexpected just makes you look silly. The Mac vs. PC campaign was unexpected, but its cleverness was in sync with the Apple brand. Absolutely, these ads are very unexpected for Apple — just not of the quality we’re used to.

“You don’t think these ads are a hoot? Some of the gags hit my funny bone.”

You’re scaring me. Stop talking like that. The point is that Apple has always had an intelligent wit. This campaign, not so much.

Well, I can only give you my opinion. However, I will add that within 24 hours of these ads hitting the air, I got a load of email from Apple fans who were terribly disappointed. Not one positive comment. What I did get were comments like “I’m speechless,” “Atrocity” and “Horrifically bad.” Honestly, I’ve never seen such a reaction before. So again, if your defense is that people like us are not the target, snap out of it. I seriously doubt that Apple wants its loyal customers to feel this kind of embarrassment.

“Well, your friends are as deluded as you.”

I’ll pretend I didn’t hear that. The reactions out in the real world seem to be at least as negative as the ones I’ve received. I was struck by the Tweet from Jean Louis–Gassée, former Apple head of Macintosh, which said “Ouch! Cringe-inducing new Apple ‘Genius’ ads for Mac.” Reader comments on various articles are even more colorfully negative. Apple can’t be happy about this.

“Sorry, but Apple and its agency have a lot of smart people. Surely they know what they’re doing.”

I’m totally with you on that. That’s what so many people find perplexing. How does a campaign like this come out of such a smart and creative group? One can’t help but wonder what kind of debate took place leading up to this. Or maybe there was no debate and all parties thought this would be a killer campaign. If that’s the case, I hope this experience causes some serious introspection.

“Do you think Steve Jobs would have approved these ads?”

Now you’re making me mad. I will never answer a “What would Steve do” question and I hate it when people speculate like that. None of us can possibly know what Steve would do. Steve was a master marketer, but he was also perfectly capable of a lapse in judgment. It’s unfortunate that this campaign is appearing now, nine months after Steve passed away, because the timing only fuels the argument that everything will crumble now that Steve is gone. I don’t buy that.

The truth is, advertising is hard. A lot of really talented people at Chiat pour their hearts into creating the ads that we critique. As you know, Apple’s ads succeed far more often than they fail — just like Apple itself. Every one of us, Steve Jobs included, has experienced failure. It may sound trite, but it’s how one responds to failure and what one learns from the experience that defines character, whether you’re an individual or a corporation.

“So is the sky falling or not? You’re confusing me.”

The fact is, bad ads happen. And sometimes they happen to really good people. The tragedy would be if Apple acted like a politician and dug in its heels for the sake of appearances. I don’t think that will happen. Apple is good at fixing mistakes — and this is one that could use a major-league fixing.